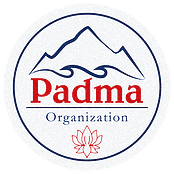 Between 1970 and 2010 half the world's wildlife was lost. It is predicted that by the year 2050 1 in 10 animal and plant species will be extinct.[1 ]The Friends of National Parks Foundation (FNPF) based in Indonesia tirelessly fights to do whatever they can to stem the destruction of the flora and fauna of our planet. With tropical regions of the planet seeing the fastest rates of wildlife and environmental destruction, the odds are stacked against us, but the fight continues with many successes along the way. Currently on Nusa Penida, an island off the coast of Bali, FNPF has a number of programs to stabilizie and increase the  population of the endangered Bali Starling, tree planting programs to help bring back near-extinct native plant species, and a stingerless honey bee program to help bring back lost polinators to the island in service to local farmers.

On the island of Borneo, FNPF has worked for years to acquire back from large corporations swaths of dense rainforest land. Much of this land was already, or is planned for clear-cutting to make room for the ever growing palm oil industry. Palm oil plantations are particularly devastating to rainforests and years and decades are needed to restore the land. Massive re-planting projects are underway, and also orangutan identification and protection programs. Padma supports FNPF through fundraising and also by leading volunteer groups to both Nusa Penida and Borneo to help protect animals and plants that are under the constant attack of unmindful development.